The creation of Pizza Compass first and foremost came from numerous nights at the bar with Damien Correll. At the end of one of those night we were scouring Carroll Gardens/Cobble Hill for an open pizza place. We kept referring to our phones via Yelp and kept falling short. With that we joked about a better way to find a slice of pie and the idea was born.

For myself this project was never about making a serious app or making a bunch of money (obviously). It was about following through with a dumb idea and challenging myself creatively. It was about no longer just “talking” and instead jumping in and “doing”. It was about taking a chance and trying something new…

I’ve been apart of the design process a couple times creating an app but never the development. The development has always been treated by a few of my clients as such a separate thing that I couldn’t get involved in. Because of that I’ve seen projects turn out quite differently from what I designed and imagined. So this go around to see the process through with Oak Studios was such an amazing learning experience and I thank them for that.

I also must thank Gary Ray (the actor in the video) and Gary Gardner for helping me produce the video of Zeus Gorham Munkist. Which you can see here. From the beginning I knew I wanted to add an extra element of fun and create a persona that could attach it self to the Pizza Compass brand. Something besides the app that would have some pull and create some buzz on the internet. I am happy to say it succeeded and without the video we wouldn’t of gotten nearly the amount of attention we were so fortunate to receive.

Since our release we’ve been showcased on the LA Times, Gizmodo, Buzzfeed, AOL, Discovery, New York Magazine, Huffington Post, MacLife, Swiss-Miss, Uncrate, Mashable and so many others. We even made it as the top paid in the food and beverage category for like 5.2 seconds! 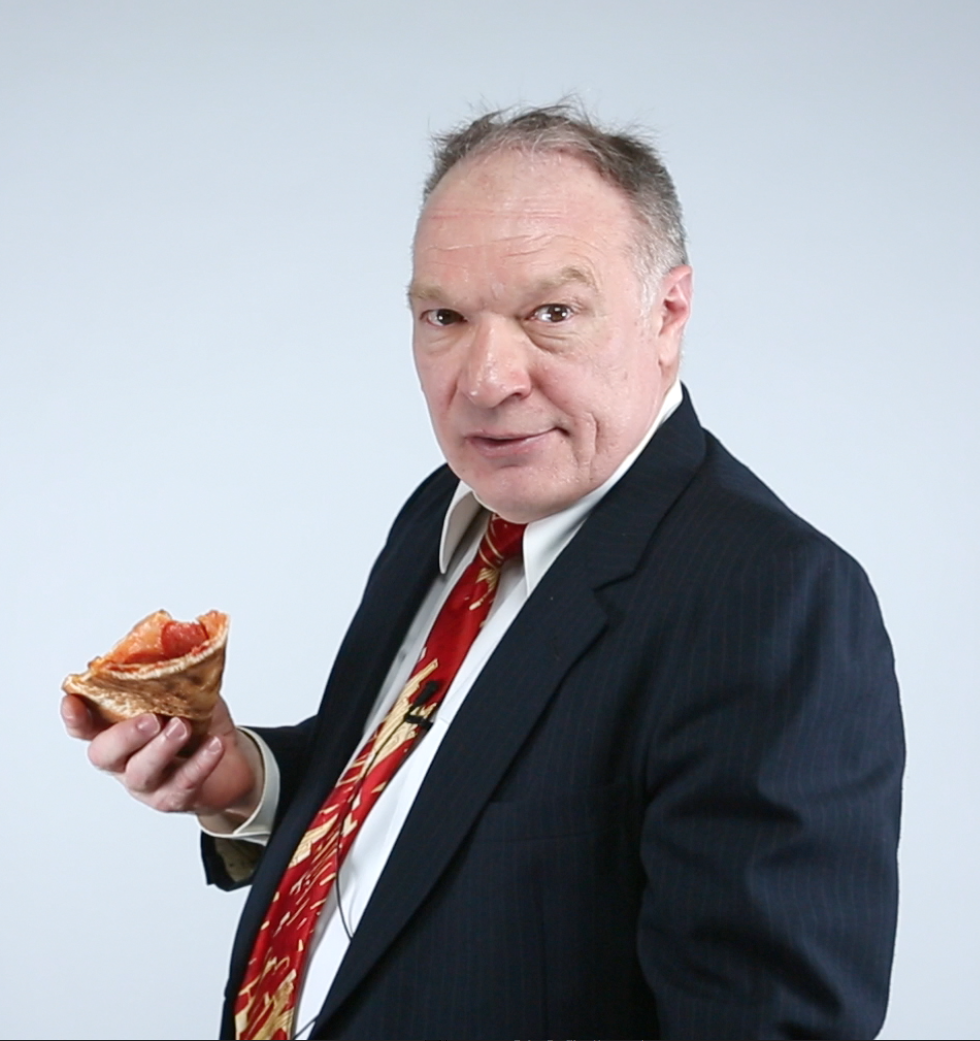